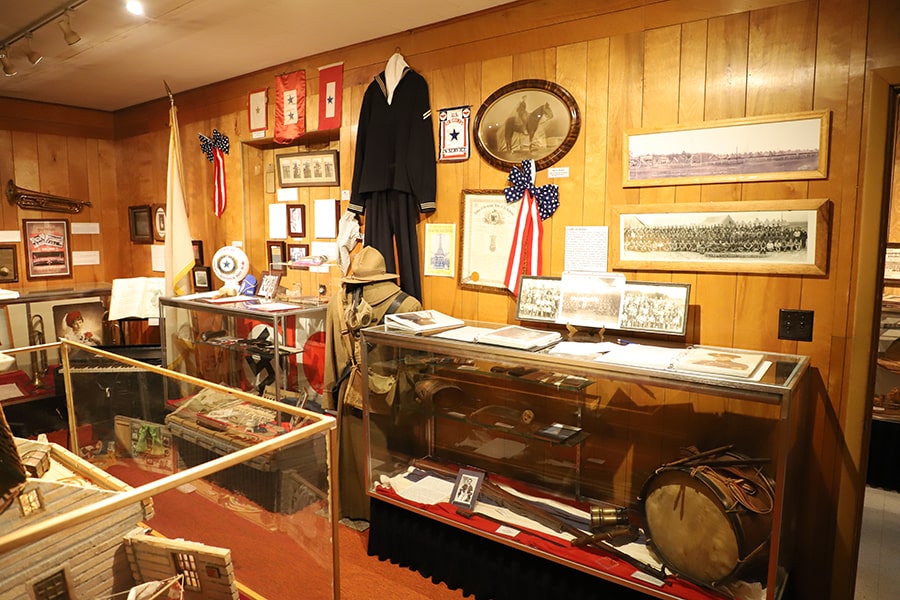 Items of interest include: a rare, nearly complete collection of History of the War of the Rebellion (Civil War); the musket-and-bayonet carried by Charles Richrdson during the civil War; a display of vintage children's clothing and toys; an antique baby stroller; a log cabin doll house modeled on a 19th-century log cabin that stood in the Town of Waterville; the Dorwin's Mill 3-dimensional artwork by Vera Hawke; vintage police and fire-fighting equipment; a 1901 football helmet and sports uniforms; and the still-working hand-crank Victrola record player.