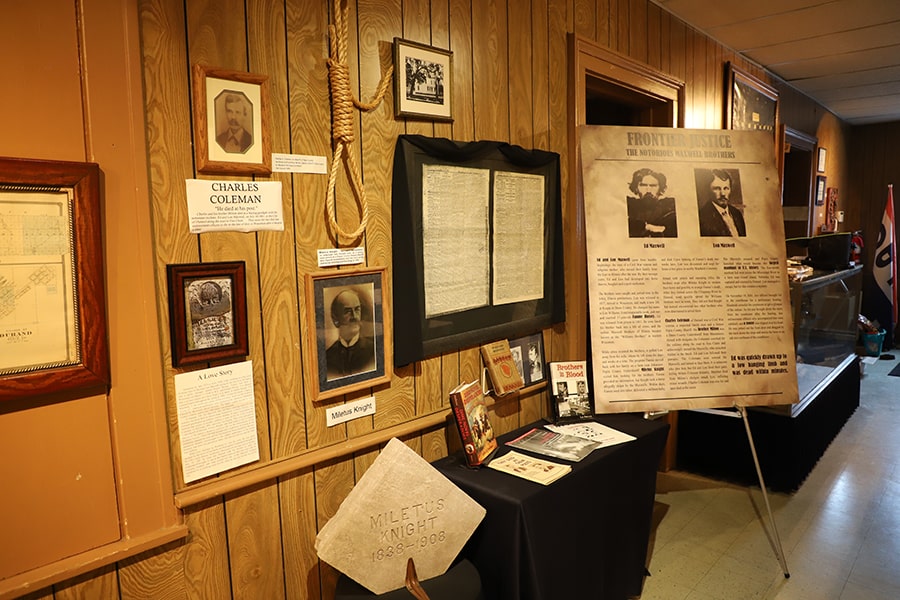 Two outlaw brothers, a shootout that left two others dead and a lynching...in the space of a few months in 1881, Durand was transformed into a center of attention in the United States, even covered on the front page of the New York Times.

The lynching of Ed Maxwell next to the courthouse was the culmination of the largest manhunt in American history, his death a carefully planned conspiracy. The Maxwell Brothers became so famous that they received more coverage in the tabloid press than even the James Gang. Learn more about the Maxwells, their victims, the conspiracy in Durand and the ultimate fates of both brothers. Stand in the courtroom in which Ed Maxwell appeared and walk the stairs he descended for the last time before his death!